Driving both performance and branding results for ZALORA

ZALORA is a major fashion e-commerce platform in Asia. With an expansive collection from 3,000 international and local brands and designers, ZALORA offers unique styles and a fit for every taste. The hip e-commerce company ZALORA working with the equally hip content platform TikTok, was a match made in heaven.

ZALORA’s goal was to make inroads with an untapped audience of trend-setters, by running a TikTok campaign to drive awareness and new shoppers during the e-commerce brand's own online event, “ZALORA Fashion Festival”. To achieve this objective, ZALORA used a holistic brand and performance marketing strategy that included driving new app installs and increasing brand awareness on TikTok.

To encourage TikTok’s massive audience base to participate in the ZALORA Fashion Festival, the e-commerce company chose to run a customised Branded Hashtag Challenge in Singapore. ZALORA rounded out the comprehensive campaign with performance ads specially designed to both generate buzz for its own Hashtag Challenge and drive new app installs.

Set to the tune of the campaign's custom Branded Music, ZALORA’s #ZStyleNow Challenge invited participants to flash a “Z” hand signal, which would trigger the guise of an instant outfit change. Plus, it was an opportunity for users to show off their wardrobe and inner fashionista to their world, which gelled perfectly with TikTok's group of young audiences who use TikTok as their de facto platform for self-expression. To incentivize even higher engagement and participation, ZALORA topped off its challenge with an announced giveaway of up to $200 in ZALORA products per winner.

In fact, many participants in the #ZStyleNow Challenge ended up attending the offline ZALORA Fashion Festival in Singapore, sharing additional moments from the event on TikTok. It was a great way to extend the campaign. 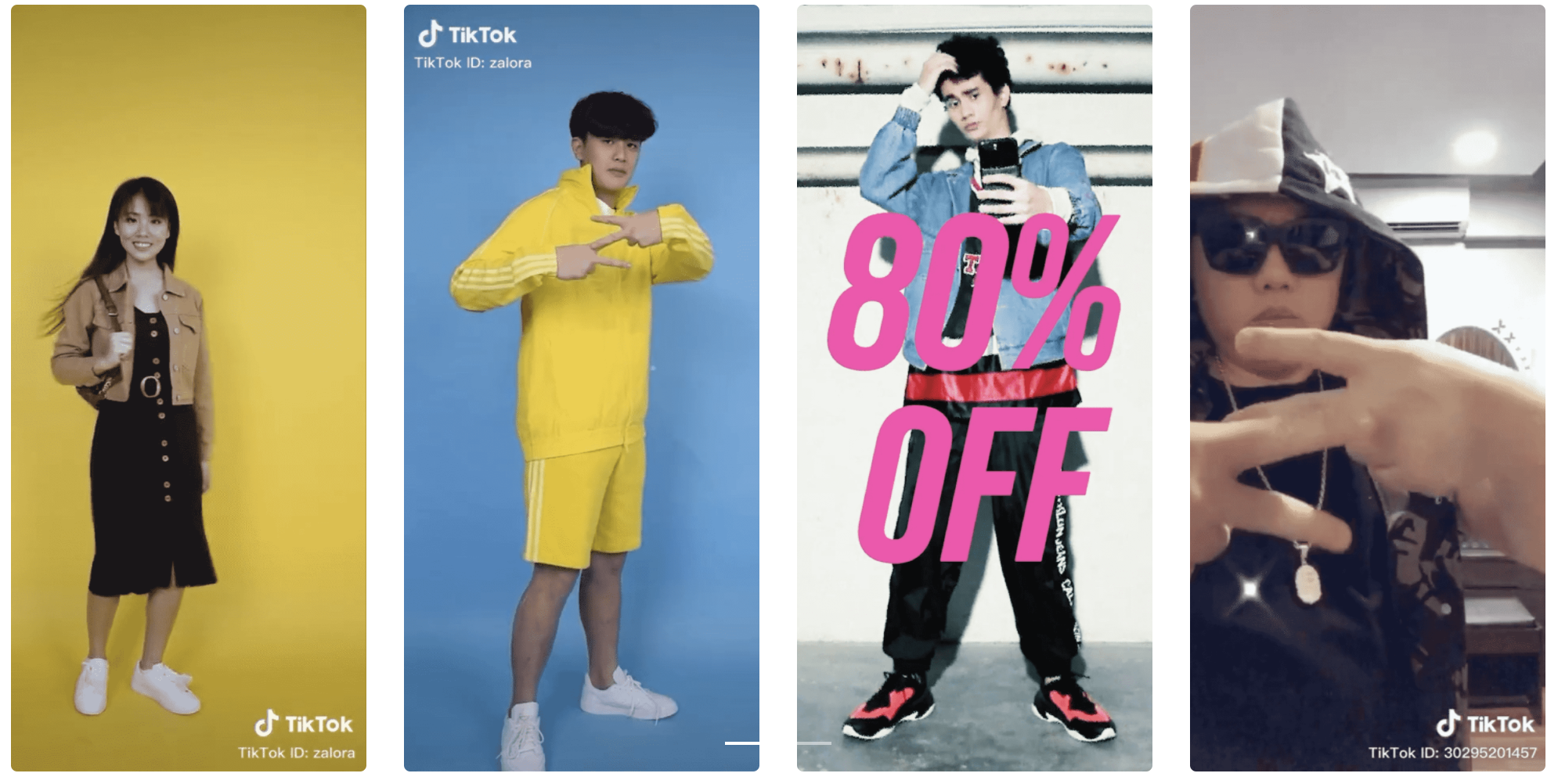 #ZStyleNow Challenge videos were viewed nearly a million times in total, with 62K users engaging with the videos submitted for the challenge. ZALORA knew that the campaign succeeded in going beyond conventional advertising. The campaign consequently helped the e-commerce platform build genuine brand affinity and engagement, thanks to the overwhelming submissions it received from as many as 1.1K users. Suffice it to say, their videos were the ultimate testimonial to how much they enjoyed the campaign that ZALORA designed for them.

The rigorous testing ZALORA performed helped it achieve a more effective campaign at a lower cost. The conversion rate (CR) difference between the least effective and most effective ad creatives was as much as 2.5x. And with the right mix of high-performing creatives, ZALORA managed to decrease its cost per click (CPC) by a staggering 54.3% and cost per install (CPI) by as much as 27%.

All in all, ZALORA saw an astonishing 19.75% Brand Takeover click-through rate (CTR), which brought it the success it needed to drive both app installs and gain traction for its ZALORA Fashion Festival.