‘There is no healthier sparkling water. Mediterranean bubbles since 1903’ – never have you heard sparkling water described so eloquently. This is the slogan of Spanish sparkling water brand Fonter, which aimed to reach millions of new users on TikTok, using a Branded Hashtag Challenge to drive brand awareness in Spain.

Branded Hashtag Challenges are a great format to engage with users at scale, empowering their creativity but housing it all under one roof – one hashtag. Every challenge revolves around a ‘challenge page’, where all the submissions are pooled together and a brand banner, description and external link are promoted. The hashtag also appears in TikTok’s trending hashtag section.

Fonter challenged TikTok users to create a ‘sunny’ video using Bongo Bontrako’s music track, ‘Todos los dias sale el sol’. In this karaoke challenge, they had to sing the track as well as represent, show or embody the warmth and happiness of the sun.

Fonter launched this campaign with five popular TikTok Creators (@jamiesilva0, @michenlo, @rubentoncess, @raquelmaes and @emejotisa) front and centre. The Creators’ videos became the ‘official’ videos for the campaign, found organically on the ‘For You’ feed, and housed permanently on the official Branded Hashtag Challenge page. These Creator videos worked to set the tone of the challenge and provide inspiration for the community to follow.

Fonter also drove users to the challenge page with two additional ad formats, which are bought in a bundle with the HTC; TopView Lite and a One Day Max In-Feed Ad. But the creative concept was the smartest component to this campaign, aligning with two incredibly popular things: a well-known (and well-liked) music track and the sun. The theme sparked joy, bringing happiness and resonating strongly with TikTok users, something clear to see in the explosion of creative UGC that followed, with plenty of rooftop dancing (@estheermartinez) and improv ‘sun faces’, when the clouds kept the actual sun at bay (@crispo). 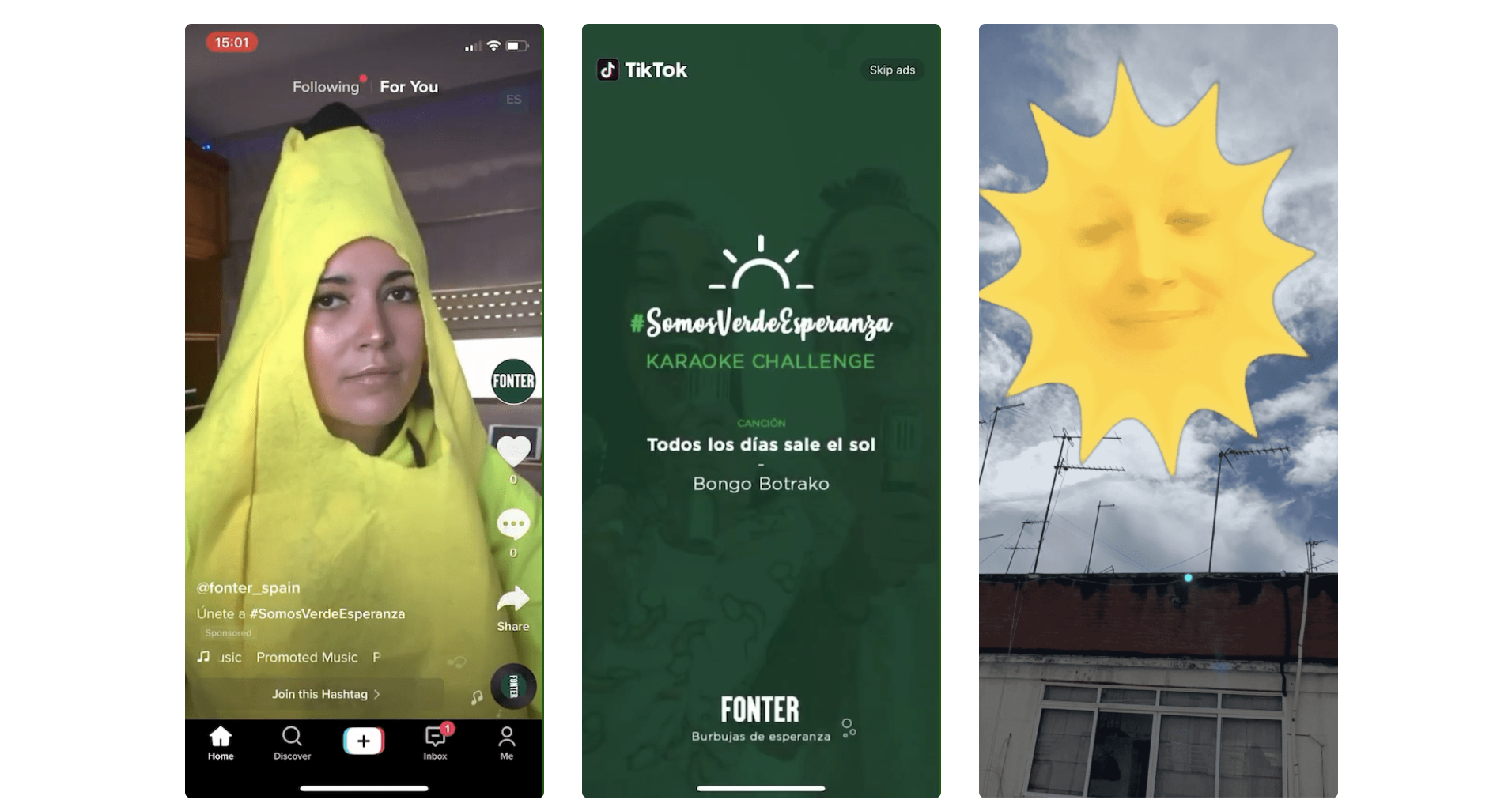 This campaign performed above benchmarks across the board. With 56M+ video views, driven by 82K+ video submissions, the Branded Hashtag Challenge achieved an astonishing 12% engagement rate. Similarly, the TopView Lite ad received 5.71M impressions and over 500,000 clicks, driving mass brand awareness. It showed that TikTok users, across the country, happily connected with the challenge – proving to be a little ray of sunshine in the feeds, indeed.