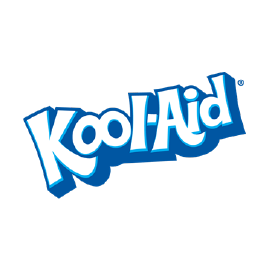 Kool-Aid, an iconic American beverage brand known for their high-energy mascot, Kool-Aid Man and his "OH YEAH" catchphrase, set out to create cultural and seasonal relevance heading into the holiday season.  With traditional TV ads becoming less impactful due to their target audience's changing behaviors, Kool-Aid turned to a partnership with TikTok. What better way to achieve awareness and relevance goals than to crash into the season with an entirely new take on Christmas content?

Kool-Aid worked alongside TikTok to identify a mix of TikTok’s branded solutions to maximize the effectiveness of the Branded Hashtag Challenge. In addition to the challenge, TopView and In-Feed Ads provided additional support and drove more participation and impressions. The campaign was anchored by official videos posted by Kool-Aid, some of TikTok's top creators, and even Lil' Jon himself, to kick off the #OhYEAHChristmas Hashtag Challenge with a bang. To further incentivize users to lean in and create holiday UGC, one lucky member of the TikTok community had the chance to win $10,000.

Kool-Aid's #OhYEAHChristmas Branded Hashtag Challenge outperformed platform benchmarks across engagement, video views, and user-generated content submissions to ultimately drive almost two billion video views. This challenge proved that creating a viral hit on TikTok is not rocket science, but rather a matter of recognizing and adopting best practices that lead to content that feels native to the platform.