Sparking a self-love celebration and inspiring over a million TikToks 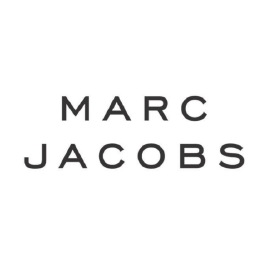 When Marc Jacobs Fragrances aimed to debut its playful new fragrance, Perfect, on TikTok, the brand wanted to make sure its meaning wouldn’t get lost in translation. This "Perfect" celebrates everyone just as they are through self-expression, self-love and affirmations, and the brand looked to drive awareness and inspire our community to create content that showed off their individuality.

Marc Jacobs launched the #PerfectAsIAm Branded Hashtag Challenge in partnership with dynamic creator Rickey Thompson, who served as an official “hype man” and offered words of praise paired with spritzes of the fragrance — all while Lizzo's "Good as Hell" played as the official soundtrack. The community was challenged to create a side-by-side duet with Ricky’s video, reacting to being spritzed while confidently showing off their personality. The brand worked with three top creators to kick off the duets with Rickey, generating a wave of views, likes and co-creations across TikTok.

The brand also leveraged creatives on TopView, the very first video the community sees when they open the app, and In-Feed Ads, spurring attention and engagement in the coveted For You feed and boosting visits to the official challenge page.

The #PerfectAsIAm Branded Hashtag Challenge surpassed TikTok beauty averages in video views, engagements and engagement rates for the entire first half of 2020. As of March 2021, the #PerfectAsIAm HTC had 10.1 billion video views globally. A Brand Lift Study revealed the campaign drew massive lifts in both Awareness and Ad Recall. The campaign's message fit authentically with the ethos of our community, which was amplified by the opportunity to create their own TikToks dueting and reacting to Rickey's video.

We were excited to see how our uplifting PERFECT MARC JACOBS brand message resonated with the community. TikTok allowed us to effectively reach our core audience with the #PerfectAsIAm Hashtag Challenge to generate an exceptionally high level of engagement that we have not seen on other platforms. To-date, it’s received over 10 billion views globally, and has inspired over 2M+ video creations. This level of impact is something we look forward to recreating in future campaigns.