Promoting the release of StudioCanal's latest film to a young German audience.

StudioCanal, European production and distribution company and owner of one of the world’s largest film libraries, approached TikTok to help them promote their latest release in Germany, Dem Horizont so nah (Close to the Horizon). Based on a true story, the film follows 18-year-old Jessica Koch as she falls head-over-heels in love with Danny – a young man with a complicated past.

Ahead of the film’s release, StudioCanal wanted to boost its profile amongst Germany’s Gen Z audience - and with a rapidly growing community of young users, TikTok proved to be the perfect partner.

Strategically positioned on the ‘For You’ screen for all users to see, a TikTok In-Feed Ad broadcasted a preview of Dem Horizont so nah to over 2 million young people across the country. An informal caption, asking whether users would be heading to the cinema on a ‘date night’ or a ‘girls night out’, kept the advert friendly and genuine.

The video itself – complete with a heart-wrenching soundtrack – not only promoted the film’s release date, but featured a call to action leading users to a ticket purchase page with screenings near them, based on their location. 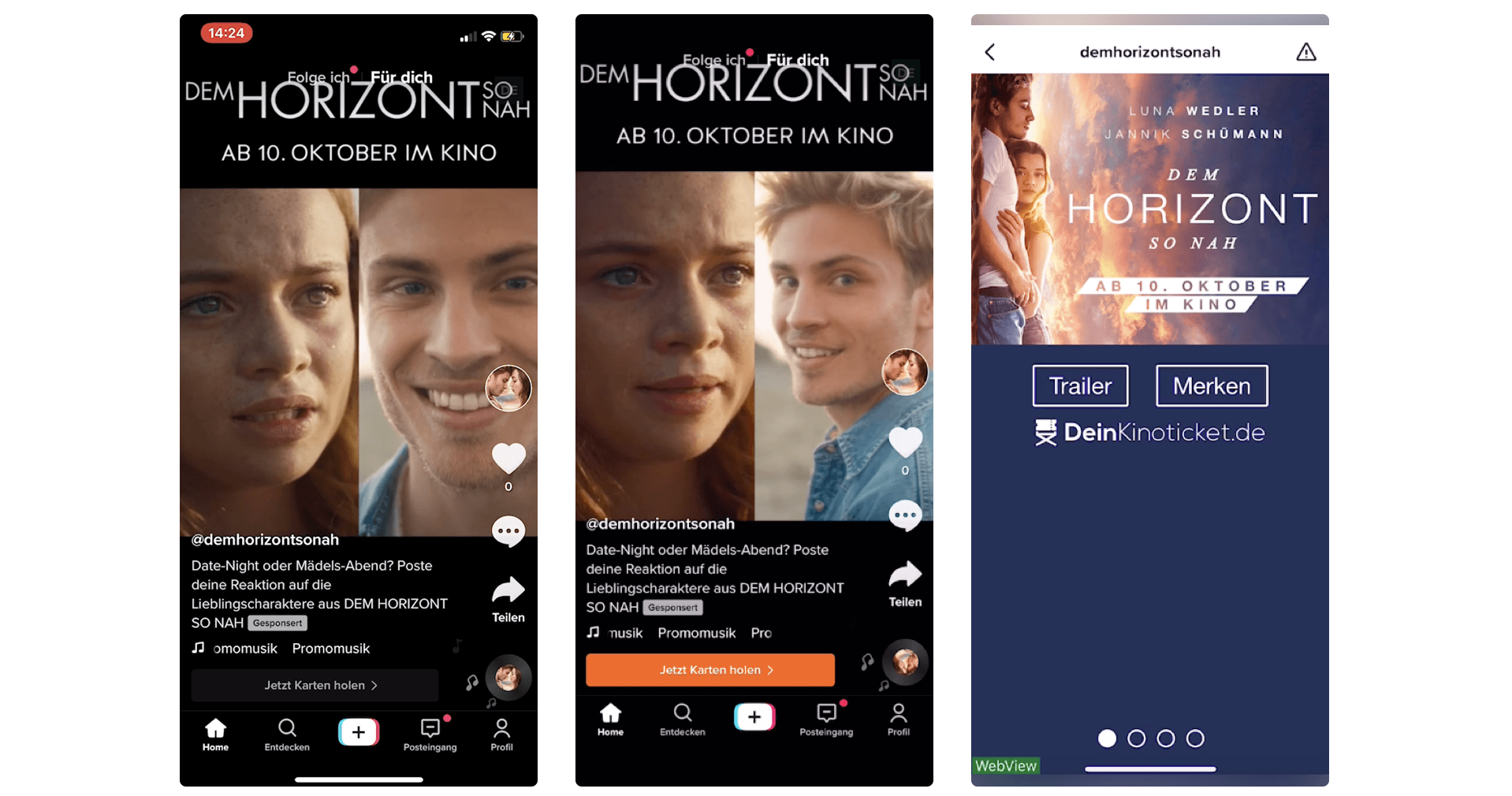 Running from 5th – 12th October 2019, the In-Feed Ad yielded some very impressive results for the short duration it was live, exceeding our benchmarks on nearly every front. More than 2 million impressions were recorded, while the engagement rate settled at 4.37%, comfortably surpassing the platform benchmark.

For both StudioCanal and TikTok, this video In-Feed Ad campaign performed beyond all expectations, further proving TikTok’s ability to reach and engage with huge numbers of the Gen Z demographic.

Learn more
Get the latest updates, news and events from TikTok For Business.